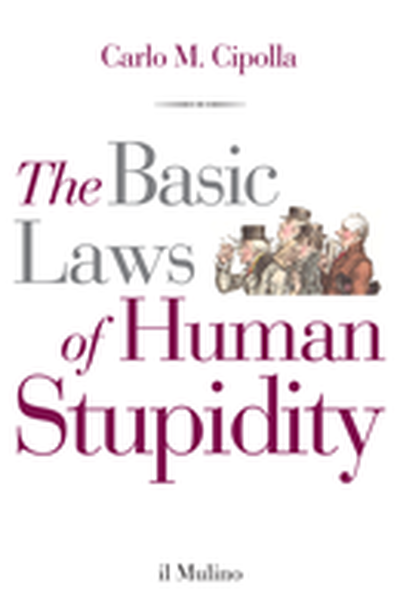 The Basic Laws of Human Stupidity

«A stupid person is the most dangerous type of person». Fifth Basic Law

The stupid are all around us: they are in every place, in every class, ready to cause damage to others and naturally (they are stupid, are they not?) to themselves. The stupid form the most dangerous category of human beings. Woe betide those who underestimate them. The historian Carlo M. Cipolla wrote this essay in a constructive effort to detect, know, and thus possibly neutralize one of the most powerful, dark forces which hinder the growth of human welfare and happiness. And if it then proves impossible to save ourselves from stupidity, at least we can take vengeance by laughing at it.

An economic historian of international fame, Carlo M. Cipolla (1922 -2000) taught at the University of California, Berkeley, and at the Scuola Normale of Pisa. All his books have been published by il Mulino and translated into numerous languages.