This small, delightfully witty book (which has long been a best seller in Italy) can only be described as a "divertissement" in which the author strips himself of the austere clothes of the scholar in order to play with his science. The book is composed of two essays which were originally written in English. The first is dedicated to pepper, wine and wool taken as the dynamic factors of the economic and social development of the Middle Ages. It is an ironic panorama of medieval history, where certain historical facts are related to each other on the edge of paradox, in order to ridicule the results of rash historical research. The second essay entitled "The basic laws of human stupidity" is a sort of general theory on human imbecility described with a wealth of pseudo-statistics.

Carlo M. Cipolla, former Professor of Economic History at the University of California at Berkeley. During his lifetime he also taught at several major Italian Universities. 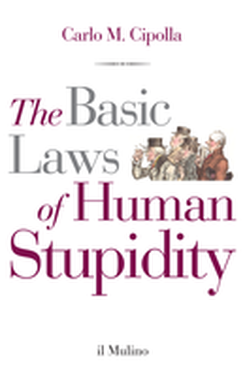