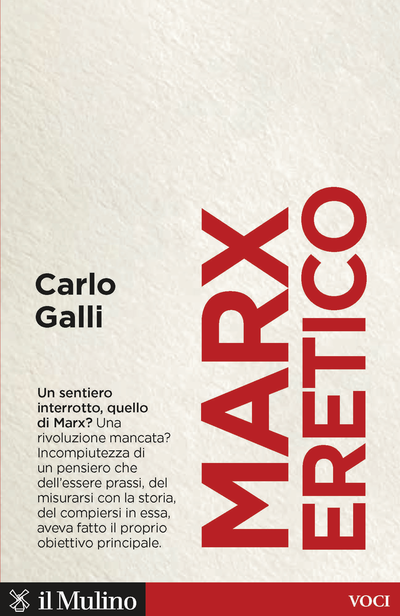 Karl Marx was born in Trier in 1818 and was a philosopher, an economist, and the controversial prophet of the West’s last theological-political heresy. For half the world he was a hero and the saviour of the proletariat; the other half considered him a fiend embodying pure evil. Marx has long been the object of a variety of assessments, interpretations and feelings, ultimately an icon neutralised by history. He is portrayed in the granite monument erected near Moscow’s Red Square as well as alongside Oliver Hardy on the cover of the Beatles’ Sgt. Pepper’s Lonely Hearts Club Band album. On the 200th anniversary of Marx’s birth, an authoritative Italian political thinker reflects on the incomplete nature of his thinking, the causes underlying his success, his contradictions, his failures, and his ambiguous accomplishments.

Carlo Galli teaches History of Political Doctrines at the University of Bologna.