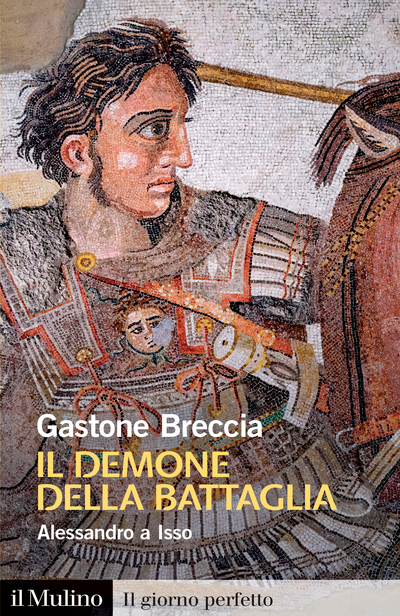 November 333 BCE: Alexander the Great meets the great army of Darius III at Issus. Facing off against each other are a multi-faceted man’s courage and ambition and the power of an empire. After hours of raging battle, covered in blood and dust, Alexander dismounts his horse and enters Darius’s tent, abandoned by the fleeing enemy ruler and where he finds the latter’s mother, wife and daughters. The king of Macedonia not only dealt a mortal blow to Persia – he fought as if possessed by a demon, thus spawning a myth that will endure throughout the centuries. Witnesses saw him throw himself headlong towards his enemy’s chariot. By nightfall the awe-inspiring conquest was already a legend, rendered immortal in a famous Greek painting, then duplicated in a mosaic preserved in Naples. The mosaic is the only surviving, spectacular “snapshot” of an ancient battle. With rigor and an engaging narrative of the battle, this book provides a lively portrait of one of the characters who contributed significantly to shaping the history of the West, when – on his “perfect day” – he managed to harness the “battle demon” that appeared to possess him and make him invincible.

This book is part of a new series The Perfect Day

Some battles are won or lost on a specific day, when courage, luck, strategic skill and the ability to lead an army, a crowd or a demonstration all converge in the consummation of a life and an undertaking. This series will offer books that describe battles fought with different weapons: swords, spears, rifles, bombs, words and ambition. Harsh, often cruel battles will carry readers to the edge of new, evocative and sometimes terrifying worlds, where they can behold leaders capable of guiding men and women to victory on the battleground… on a perfect day.