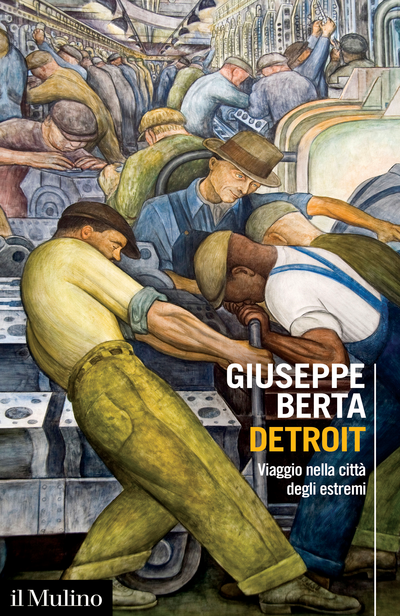 After having experienced a vertiginous expansion for much of the 20th century, over the last fifty years Detroit – the Motor City, the automotive capital of the world – has spiralled downwards into an abyss of de-industrialization, poverty, and racial strife. The city’s name has become synonymous with urban decay and social risk. How could the city go from one extreme to the other? And what is the city’s actual situation today? The author explores Detroit’s symbolic and characteristic sites and blends observation of the present with history. From place to place, the evolution of the city is told above all through the personalities that marked its development – such as Henry Ford and the triumph of the factory assembly line; Diego Rivera (with his wife Frida Kahlo) and his celebrated industry murals; trade unionist Walter Reuther and labour and social struggles; Martin Luther King and Malcolm X, who held some of their most important speeches addressing racial issues in Detroit; Sergio Marchionne and the future of the automobile industry. Detroit is a sort of stage for the contradictions underlying Western contemporary society, in their most direct, even brutal, form.