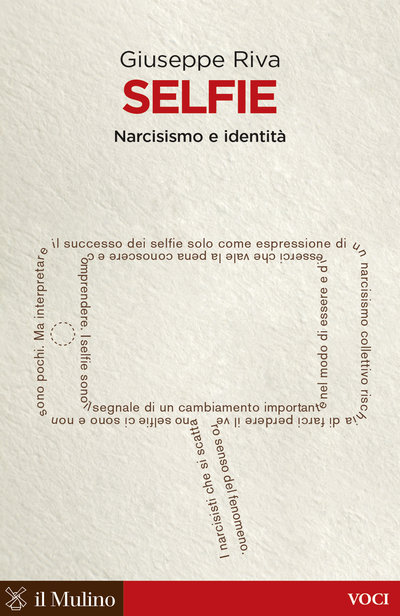 Pope Francis poses with the devout equipped with smartphones, Obama is seen holding a selfie stick, and a youth takes photos as she walks down the street. Every day we witness situations in which someone clicks a selfie, reflecting the fact that the act and the term itself are so widespread that dictionaries have already officially acknowledged them. It has been estimated that, in 2014, over 90 million selfies were being shared online on a daily basis. That’s 34 billion selfies a year, almost 5 for each of Earth’s inhabitants. Why do we take selfies? What do they mean in terms of psychological and social behaviour? Is it a mere self-referential act? The author offers an original interpretation of the selfie phenomenon as he discusses what it is, why it is so successful and how it affects for our identity.

Giuseppe Riva teaches Psychology of Communication, as well as Psychology and New Communication Technology, at the Catholic University of the Sacred Heart in Milan. He is also president of the International Association of CyberPsychology, Training and Rehabilitation (iACToR).